It’s about the time of life and year for me to send an annual update letter. Instead of killing a tree or two and hunting down some ephemeral physical addresses, though, I figured this email would serve nicely. This way, it also stays online for posterity (https://brennancolberg.com/writing/annual-update-2022), and can go out not just to family and friends, but also to all the other people who have cared enough about my life and/or thoughts enough to subscribe.

In January—settling in at home after a long and adventurous 2021—we discovered two great things: (1) that we had an excellent bookstore nearby in downtown Corvallis, and (2) that it was closing and therefore selling everything for up to 75% off! We used the opportunity both to kickstart our personal library…

…and to furnish our garage. Nobody else was bidding on 29 decent bookshelves at the final liquidation auction, so we completely stuffed our garage with them for the low price of $350 and an afternoon of repeated round-trip U-Haul-ing.

It took a few months, but we eventually organized them into dividers and storage that transformed said garage into a pretty decent workshop! I recorded the whole process and put it on YouTube (part 1, part 2), in case you’re interested. 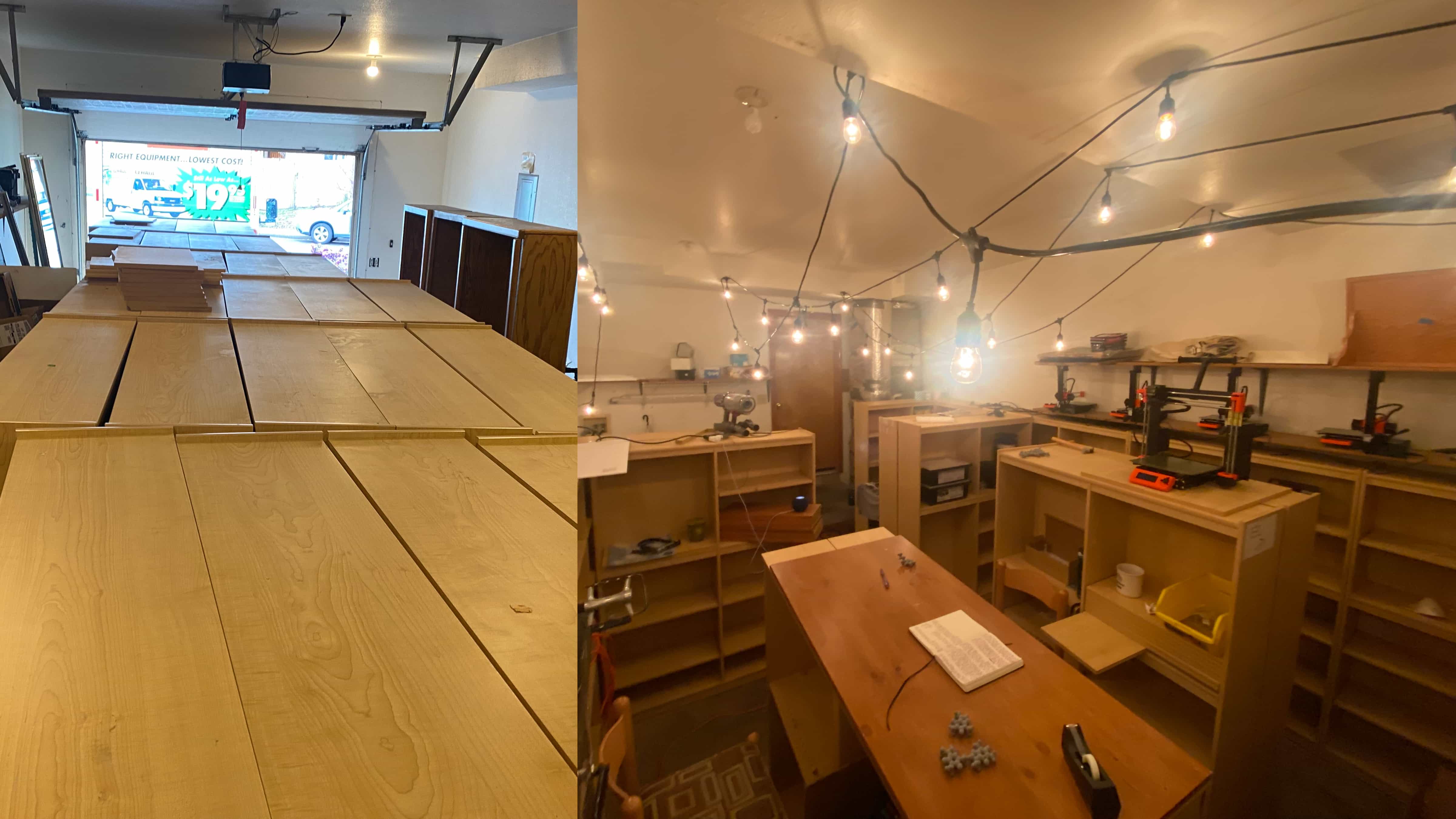 You can see five 3D printers in that picture if you look closely. I didn’t have any of them this time last year! I bought the first one on New Year’s Eve to reduce my taxes (some of last year’s coding income was as a contractor), thinking I could plausibly find a commercial use for it.

In May, I pulled it out of the closet, found a nice-looking DNA model online, and printed it for Mattea (my wife, who’s a biologist)! The model looked beautiful, but my print was flawed, and I felt compelled to spend a few dozen weekend hours over the next two months refining the 3D model and printer configuration until the prints were perfect.

But at that point, why stop? I had perfected a process; to shut it down because I got one perfect output seemed like a waste. Instead, I bought four smaller printers and $200 of plastic filament, then used a month’s worth of of lunch breaks to produce and assemble ~40 full models.

I posted them for sale online in July, and have made $1,687.37 in sales so far! Not bad for a hobby that takes an hour or two per week. The best part is knowing that people are enjoying things I’ve made in all kinds of places, from universities in India to middle school classrooms in Texas.

My work at Synthesis (an education company that’s very hard to describe; see the website here) has been even more impactful on that metric, though! I’ve been here since last February, working on early versions of complex software products.

Early this year, I shipped a custom Zoom replacement that thousands of students across the world now use to learn cooperation and problem-solving; and since then, I’ve been working on a secret project that will change the lives of millions of kids if it works. Mattea has gotten involved too, as a TA, running a learning session for ~10 kids almost every day since she started in March!

My biggest work-related change this year has been a shift towards seeing coworkers in person more often. I’ve been commuting every few weeks from my home in Oregon down to an office in California, which has strengthened some relationships and given a new rhythm to life.

If you followed our Amtrak adventure last year, you know that I managed to get to all 50 states before I turned 21. Mattea wanted to do that too, so we went on a few seemingly-random trips to knock the remainder out before her birthday in early September.

Our first was a road trip to Kansas & Oklahoma. Not your normal targets! On the way, we met up with some coworkers in Colorado and California, and camped overnight at the Grand Canyon. 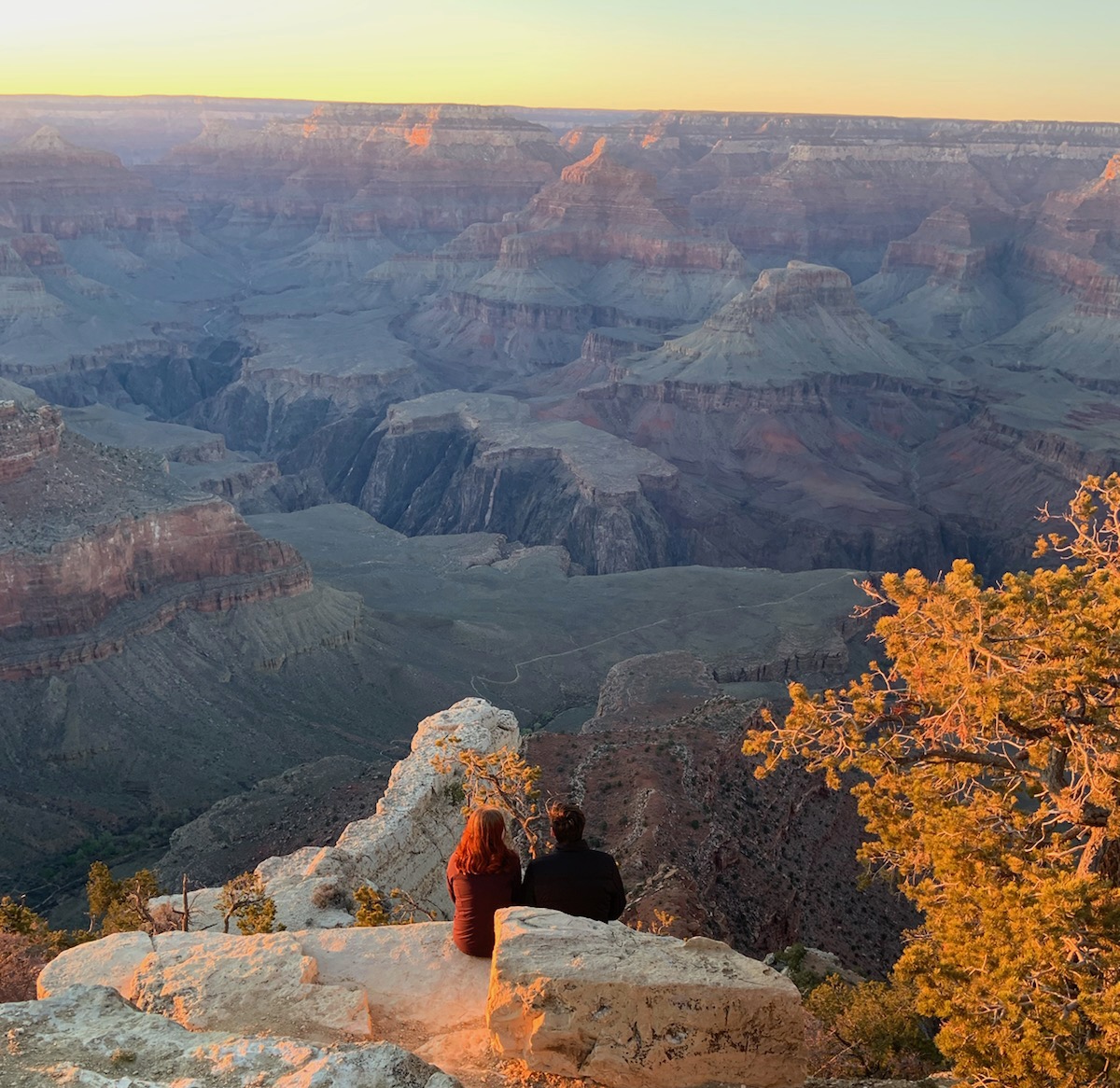 Our next state was Alaska; a three-day ferry took us to Ketchikan, where we stayed and worked in a cheap apartment for a week. There are lots of beautiful hikes on Revillagigedo Island, and a surprisingly decent bus system, though I don’t recommend going there without a car.

Finally, we flew out to the Northeast right before her birthday, and spent a few days driving through NY, CT, RI, MA, NH, ME, VT, NJ, PA, MD, and DE—which rounded out all 50 states! We celebrated her birthday in NYC by dressing up and trekking to all the cool bookstores we could find. 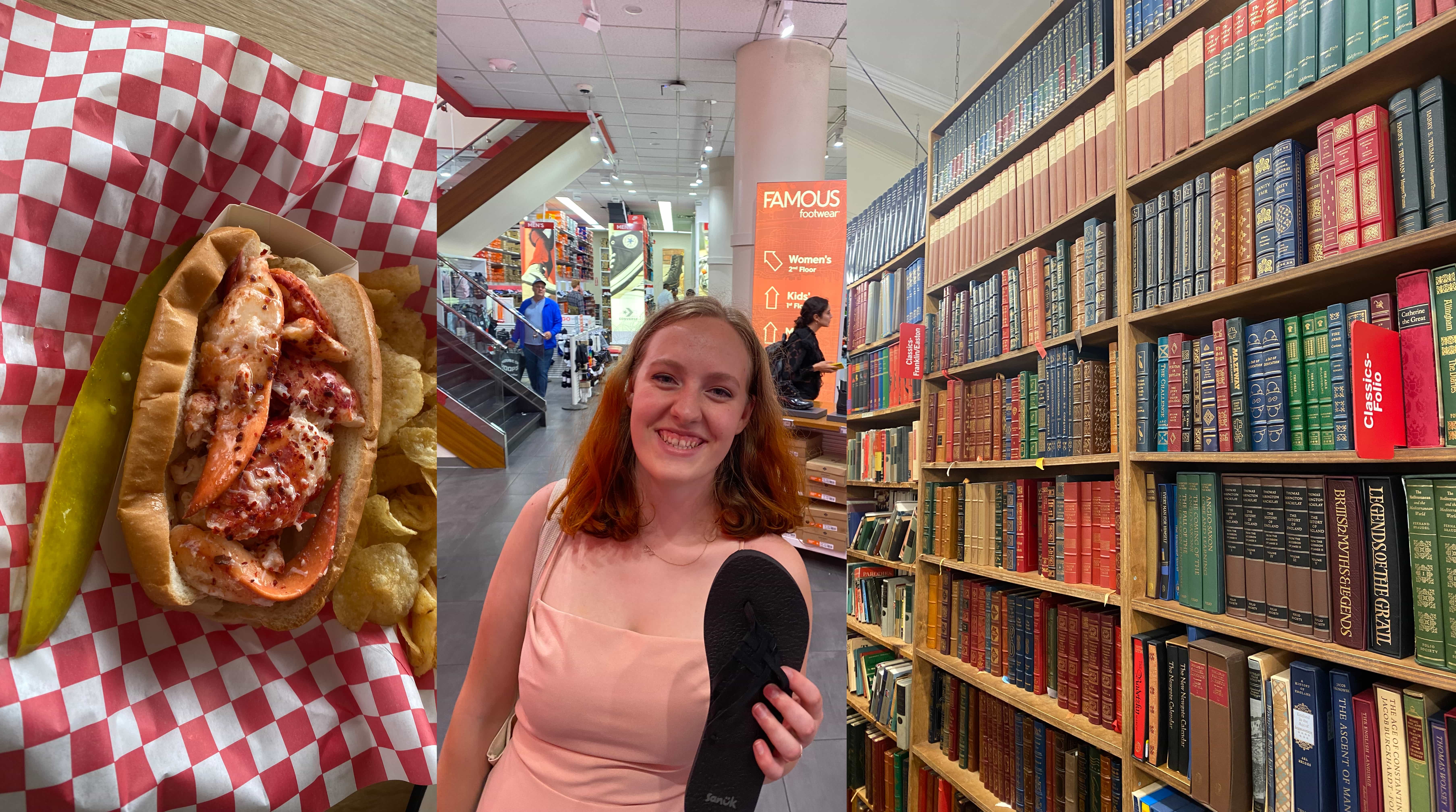 Writing, publishing, and not

Throughout my life, I have constantly had ideas that I want to put out into the world. Until a few years ago, my struggle was to even write them down; but recently I’ve been writing a lot, and my struggle is now to finish editing and to publish.

I managed to publish a few posts from January through May this year, and some were quite successful (my “Procrastinatory Doom Loops” post got ~15,000 views!). But then I stopped.

At the time, I thought the problem was tooling. So I jettisoned Substack, then Ghost, and Ulysses, then Roam... layer after layer of process got chipped away, until I was left with pen, paper, Apple Notes, and a Clojure implementation of a basic blog that I won't ever need to fundamentally modify.

Only then did I realize that my problem was not tooling (too much or too little), but fear of judgement. Early success in publishing had made my problem worse: I knew as I wrote that all kinds of eyeballs were on me, and the anticipation of vague judgement from uncertain people made me anxious whenever I thought of publishing something.

Talking to real people over the holidays has helped me think of a workaround: to write as if for my family (hi, grandma!) or friends (hi, Sarv!). If I write for them and for their approval, not caring what others think or say, I conjecture that I'll be able to push more of my ideas into the world. Just in case, I also made a bet to publish 10 essays by, well, 10 days from now (hi, Saurav!).

That’s a long way to say: you’re being sent this email—or reading this update—through a blog infrastructure that’s designed to last for decades, and is finally working. Expect more essays soon.

Merry Christmas, happy New Year, and have a good 2023!